This afternoon we’ve been making ice lollies to celebrate the return of the sunshine…..  I know it’s not exactly Summer yet but after the cold, dark winter we’ve had the I’m going to make the most of what we have got!

We made pineapple ice lollies first using two tins of value pineapple chunks (13p each) and some lemonade.

Master Frugal helped me to blend the pineapple chucks, saving a few for later. 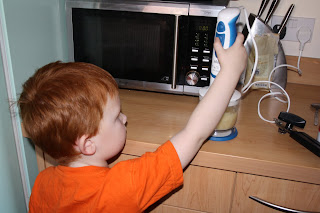 Then we poured the blended mix into a jug, topped up to a pint with lemonade and added the last of the pineapple chunks. 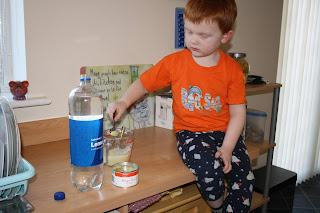 We poured the mix into our ice lolly holders and put them in the freezer and then did the same again but using blackberries (already frozen in the freezer) instead of the pineapple. 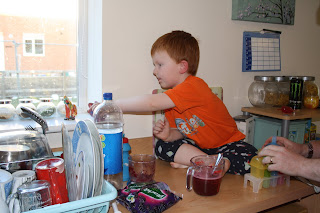 The blackberry mix is ideal for making wine ice lollies so I managed to save a bit of the mix and half filled one of the ice lolly moulds with it, topped it up with rose wine (although any wine will do – I’m not fussy lol) and voila, a wine ice lolly.  I had an empty ice lolly mould so I made Mr Frugal a WKD flavour one – not sure how that’ll turn out though!

We had loads of fun making these and now the kids (and me) are impatiently waiting for them to freeze so we can sample our hard work.

In the warmer weather we make ice lollies at least once a week, I posted a load of ideas for different flavours last summer (see here).

Go on celebrate the weather 😉

Added when the lollies were finally frozen: 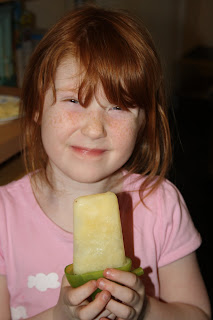 Just in case anyone is interested, there is an offer on at the moment to save 25% on the cost...