I always find it hard to be frugal and thrifty when the kids are off school but this week’s been easier than usual as it’s been a bit of a chill out week for the kids and we haven’t done much at all.

1. First of all I have an update to one of last week’s five frugal things.  My new settee is in place and looking very lovely if I do say so myself….

I briefly mentioned my cushion bargains in this week’s bargain of the week post but just in case you missed it, I wanted to share my cushion bargains with you.  I went to Tesco and Asda on the night that I got the sofa as I was so excited to buy new cushions and some throws with the money I got from selling my old one but the cushions I liked were £10 each and I really didn’t want to pay £40 for four cushions.  The next day I went into town and had a good look around but all of the cheaper cushions looked and felt cheap and I really couldn’t justify the more expensive ones.  My last port of call was B&M where I found these beauties on offer at 2 for £8.  They’re great quality and I love them so for £16 for 4 cushions I think that’s a great deal.

2. My second thing is kind of linked to my new settee and may not initially sound that frugal but it definitely is!  We decided to put the TV on the wall so we could get rid of the TV cabinet from the living room and make more space but Mr Frugal is not good at DIY (not good is an understatement)!  In fact, the last time he attempted some basic DIY in our old house we actually had to get someone in to sort the giant hole he somehow made.  As a result of his terrible DIY skills we decided to hire someone in to do it for us and it turned out to be brilliant – we shopped around, got what we thought was a great price and the man who came was amazing.  I have no power cables in my living room as he ran them all through the garage and he’s even hidden my ugly Virgin box!  Money well spent, especially as it meant that my TV is now firmly attached to the wall and no large holes were accidentally made!

3. Master Frugal has been asking for Sky Sports recently because he wants to watch his beloved Boro play and this week his requests were even more desperate as they were playing Man Utd in some cup or other.  We used the free radio app you can get on your phone to find our local radio station so he could sit in his room and listen to it instead.  About ten minutes in, he came downstairs with it and sat with me in the living room listening to the match commentated on by ex-Boro players and I’m not exaggerating when I tell you that their enthusiasm even got me into it.  We were joined by Mr Frugal when he got in from work and then by Miss Frugal who came to see what all the noise was about and by the time the penalties were being taken we were all on the edge of our seats.  He would now rather listen to the match on the radio than get Sky sport so that’s a good result for me as well as the Boro! 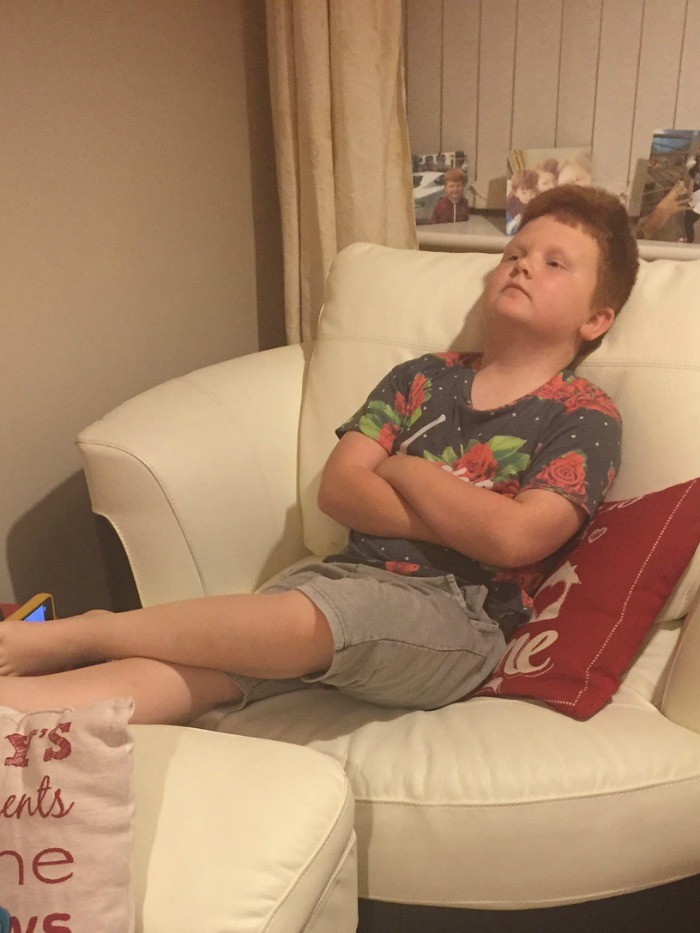 4. We cleared out the garage to make room for the TV man to get in there and do his thing and in the process we decided to get rid of some things we no longer needed (sold on Facebook selling site to make money to pay for said man), we took two car loads of rubbish and recycling to the tip (who knew how easy that would be) and put some things, like skateboard ramps etc on the grass with a FREE sign on them (that lot went the quickest).  So, we made some space and some money as well as a very happy tween who was extremely happy with his free ramps!

5. The kids really wanted to go to our local theme park for Halloween as they had a big event on but Jen invited us to go along with her to Whitby Abbey last night as there was a spooky event going on there instead.  We used our English Heritage membership to get in so it only cost £5 for us all to get in to the event and it was amazing!  The abbey was illuminated and looked beautiful in the dark and the performance of Dracula was a huge highlight, especially for Master Frugal who managed to get himself involved and ended up part of the play being bit by Dracula.

I know, my photo isn’t amazing but I only took my phone and didn’t spend much time taking pics as we were having so much fun!  Next year, I’m going without the kids and taking my camera though as there were so many things I wanted to capture!

What frugal or thrifty things have you done this week?

Don’t forget to follow the ‘Five Frugal Things’ Pinterest board as I’ll be pinning all of our frugal things photos on there.  You can find it here if you want a quick peak….

Don’t miss out on future posts like this – receive updates directly to your inbox by email by adding your email address to the box on the top right of this page and hitting subscribe. You can also follow me on BlogLovin or Networked Blogs and I’d love to see you over on my Facebook page and on Instagram.

Seven Frugal and Fun things to do at Halloween….

The shops are filled with Halloween goodies at the moment and if you could spend a fortune on it all...