Wow letters to Santa are a lot different these days than they were when I was little. According to my dad, my letters used to be along the lines of:
Dear Santa,
I have been a good girl all year and would love a doll to play with. I would look after her and call her Catherine.
Love Baby Mrs Frugal
Miss Frugal did her letter to Santa while I was cooking the tea and it involved poring over the Argos catalogue and cutting out anything that she wanted, she then laid them all out and narrowed it down to her shortlist. After great deliberation she managed to narrow it down to an A4 side of paper and glued it all together. 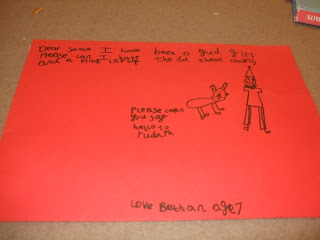 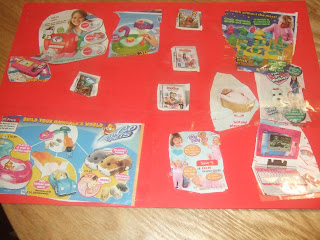 I have had a brilliant day today, one of those rare days where both kids were good all day and...