Seeing as it’s Valentines day, I wanted to share the different ways that we enjoy time together as a couple without breaking the bank.  I’ve learned that we don’t need to spend a fortune to enjoy our together time and our relationship is definitely better because of the effort that we put into it. 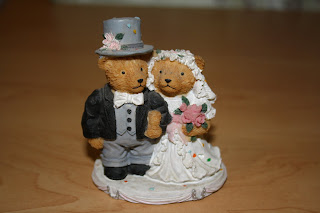 A while ago, I read in a magazine that you should borrow a massage book from the library and practice on each other which I thought sounded much more up our street.  So off I trotted to the library to borrow a book, I eventually managed to locate one between the knitting and gardening sections, I could have found it a lot quicker if I’d asked for help but I decided I was NOT asking the ninety year old librarian where it was in case she thought I was being a bit kinky (I know, you’d think I was a teenager lol.)  Mr Frugal thought all his Christmas’ had come at once until I actually started the massage – It did not go well!  He alternated between laughing hysterically because I was tickling him and screaming in agony so that ‘fun’ idea didn’t last long.  On the plus side, at least I now know I wasn’t cut out to be a massuese.

We have at least two ‘together nights’ every week when laptops, mobiles and computers are completely banned and the kids are put to bed dead on time or even a little bit early if we can manage it, which is getting harder to do now Miss Frugal is learning to tell the time.

We’ve bought a few cheap board games from the local car boot sale and we’ve got a few games for the XBox360 that we play on together, which may not sound exciting but we always have a really good laugh and it’s so much better than sitting in front of the TV together.

Every couple of weeks we have a home cinema night where we buy popcorn and a big bag of Revels and watch a film together.  Usually on these nights we will start early and have a movie night with the kids first and then put them to bed before putting one of our films on.  We’ve even had a few mini casino nights as well, where we play poker and blackjack.

We used to take it in turns to choose a different recipe to cook together every week (for some reason Mr Frugal’s always used to be some sort of variation of chocolate brownies).  I don’t know why we stopped doing that but I think we might get started again although I just might ban chocolate from it this time around though.

It’s not only about spending time together though, we’ve learned that you can’t take each other for granted and just assume they know how much you love them, you need to show them occasionally as well.  The other day before I set off for work Mr Frugal sneaked out to the car and sellotaped a note to the steering wheel telling me he loved me.  He also changed the CD for me as he knew I didn’t like the one that was in.  That cost him nothing but made me feel nice all day.

I went through a phase of using Paint on his computer and making him a slushy I love you picture and saving it as his wallpaper so that when he came in from work and turned his computer on he’d get my message but the novelty soon wore off that and I think he got fed up of having a pink screensaver lol.

We e mail and text a fair bit through the day too, especially now we’ve both got iphones and I do feel that we’re closer now than we ever have been.  It’s really hard when you have children to remember that it’s not all about the children and you need to make sure you still nurture your relationship and don’t ever take it for granted.

What do you do to keep your relationship alive?

I've been trying to think of ways to teach the kids about other countries and cultures whilst having as much...