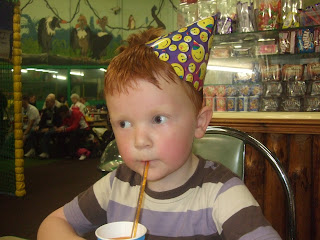 A week today Master Frugal’s birthday party will be over 😉  We are having it at the local Wacky Warehouse and I’m a bit stressed at the minute because I have no clue how many children are going to turn up yet.  We’ve sent out invitations to 20 children but only 10 have replied so far.  Why do parents think it’s OK to not bother replying to an invitation and just turn up!

So at the minute my nightmare is going either one of two ways.  Either hardly anyone turns up and Master Frugal is sad or everyone turns up without telling me, so the food isn’t ordered for them and not enough!  You would think I would have bigger things to worry about wouldn’t you.

Miss Frugal was in one of those bored moods this afternoon after she came back from her friends house.  You...