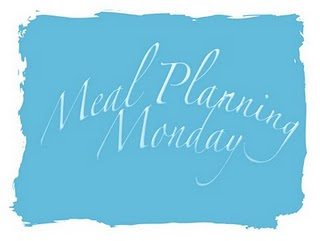 Hands up who’s struggling this month?

No matter how organised we were for Christmas, we’re still finding it difficult to make December’s early pay stretch for the five and a half weeks till January’s pay day.  We’ve had some unexpected things to pay out (car battery, school trip deposit and musical instruments) which has made things even more difficult so I need to keep even closer control than usual over our food budget this month.

I managed to get a big bag of minced steak mince from Tesco just before closing yesterday reduced to just £2.64 so you can guess what’s going to feature very heavily in this week’s meal plan can’t you?  I’ve cooked the mince with some chopped onions in the slow cooker and padded it out with a bit of quorn mince that I had in the freezer and some grated carrot (you can’t tell it’s in there) to make it go as as far as possible so I have enough to do for a good few meals this week.

I do like to vary our meals usually so I would normally freeze the majority of the leftovers for another time but this week, I’m just going to go for it and make it stretch as far as I can to save as much money as possible when we most need it!

Sunday – Mince and dumplings with roasties

Tuesday – Cottage pie – I’m going to make individual ones as I’m not sure who’s in for tea tonight.  Miss Frugal may be at her friends and Mr Frugal is working late so might get something at work.

Wednesday – Chicken quesadillas using up some chicken that we already have in.  I’ll make a plain cheese and beans version for Master Frugal as he won’t eat the chicken.  We’ll have some sweet potato wedges and some spicy rice to go with this.

Thursday – Toad in the hole with roasties and veggies.

Friday – Homemade pizza night – I think I have some bolognaise in the freezer so we’ll use up that to make bolognaise pizzas.

Hope you’ve all got some delicious meals planned for this week….

For more meal plan inspiration, pop over to At Home with Mrs M….

I like to bake every Sunday to make sure that we have enough treats for our packed lunches through the...