I popped to B&Q earlier on today and they are have reduced a lot of their Christmassy things, to be honest I was a but dissappointed with the range as I don’t think they are stocking nearly as much as last Christmas but I was pleasantly surprised at the sale they had on.

I didn’t really go to look at the Christmas stuff, I went for some wallpaper inspiration but while I was there it would have been rude not to have a look wouldn’t it?
I found some plain white felt christmas tree ornaments reduced to 24p so I bought four thinking that the kids would have a bit of fun colouring them in. 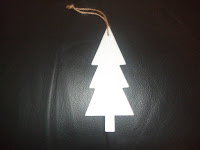 However, after catching Mr Frugal falling asleep on the settee, I decided to get him involved and we decided to have a competition to see who could make the best tree. 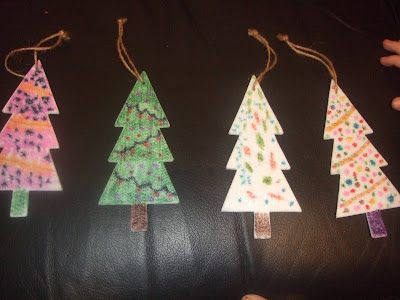 In order we have entries from Miss Frugal, Mr Frugal, Master Frugal and mine is the one at the end.
We couldn’t settle on a winner so we called it a draw (although obviously it’s clear to everyone that mine is the best) and have hung them all on the tree.

We have had a very Christmassy day today, it was Master Frugal's nativity play this afternoon and he has been...